0 Alentejo Diaspora around the world 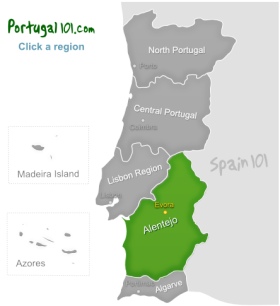 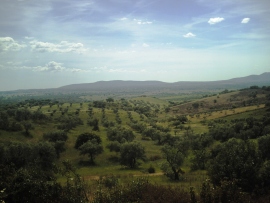 Alentejo_montado02 - Mea from lt
[GFDL or CC-BY-SA-3.0]
via Wikimedia Commons 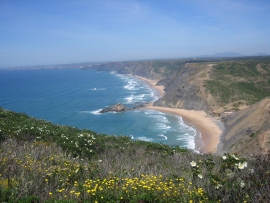 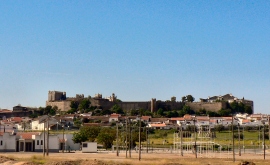 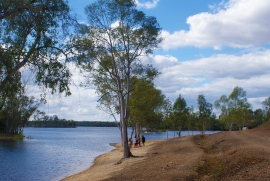 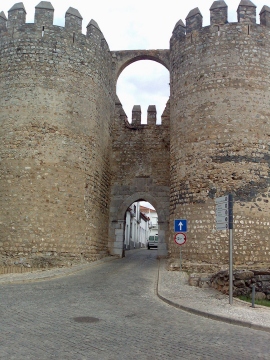 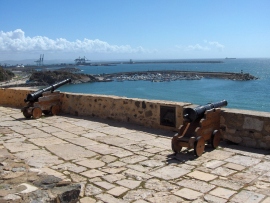 The name Alentejo combines the words “Tejo” (Portuguese name for the river Tagus) and “alem” (which means beyond or across). This means that the name is basically a description of where the region is: beyond the Tagus river.

This region makes up almost one third of Portugal – i.e. it is a rather large region. Agriculture plays an important role in the region, and most of it is flat – which makes it very easy to explore this region on your bike or even by walking. The most varies landscapes in this region can be found along the coast where the region is a bit more hilly. The central area of the region, however, basically consists of flat areas, town and villages (and some still have their old town walls).

Roman temples, old city walls, and fascinating hilltop villages have turned the region into a very popular destination for tourists – but history is not the only thing the region has to offer to the curious visitors.

While it might not be something you know much about, Alentejo is a Portuguese region that is very well known for its tradition in polyphonic singing (i.e. combining one or two different types of singing in one line), and if you like music, you might want to check out some of the groups that have public performances in Alentejo.

Alentejo is also known for its bird life – it is an interesting region for people who are interested in watching birds, but there is also other wildlife to look out for, e.g. the wild boar.

Alentejo also has some spectacular beaches and fantastic accommodation in traditional villages that for some reason have not yet been discovered by international visitors. In summer months, the villages become busy because the Portuguese people know about the magical beaches, but during other times of the year, you can basically have a whole beach for yourself (depending on where you go, of course). While there are touristy areas in Alentejo, the region is also full of hidden gems.

What should you see if you visit Alentejo?

Zambujeira do Mar is a great, small village to go to if you would like to spend some time on a beautiful beach. During summer, it can become busy, but when you visit during other times of the year, it is a very peaceful place with a lot of charm (the charm is also there during summer, but so are the tourists). There are some lovely buildings, and during summer there are also some smaller festivals – but basically the place is a little paradise for beach lovers.

The Alqueva Lake is one of the largest artificial lakes in the world, and a nice destination if you would like to combine a romantic lakeside holiday with exploring the castles that are close to the lake. One destination you should visit along the lake is the village Aldeia da Luz. This village was originally located somewhere else but had to be moved somewhere else because the original location was completely flooded when the lake was created. When you visit the lake, a popular thing for tourists is to rent a houseboat for a night or two, and spend the night gazing at the stars (a very good location for star gazing as there is little light pollution, and as the region is a UNESCO low light pollution zone for star watching).

Elvas is popular with visitors because it is the home to the largest dry ditch, bulwarked fortification in the world. The star-shaped fortress is a testament to the building skills of the people from the past, and also shows how very important protection was centuries ago. The fortress of Elvas played a vital role in Portugal's history and helped to keep the country independent. It is not a surprise that the fortifications are a UNESCO World Heritage site. The city of Elvas itself also has some interesting sights and you can learn a lot about the history of Portugal there.

Evora is a wonderful and educational place to visit. It shows you the influence of the Roman culture, and how Portugal has developed over time. Sights you should not miss are the Roman temple, which is well over 2,000 years old (and one of the most important historic monuments in Portugal), the largest cathedral in Portugal (Se de Evora), the Church of Graça (16th century), and the Church of São Francisco (17th century).